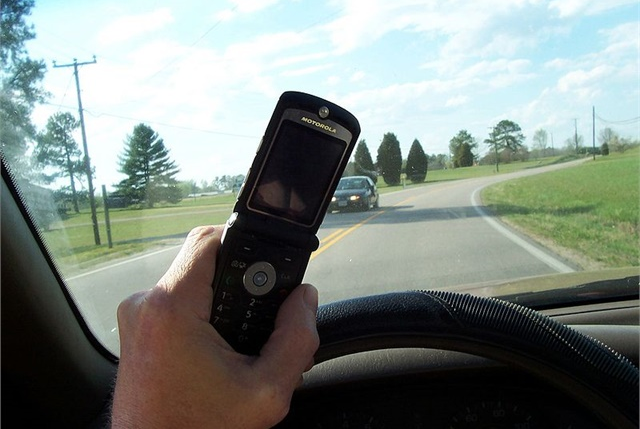 A new study from the University of Iowa concludes that drivers engaged in a conversation — either over the phone or with a passenger — are slower to recognize and respond to a new object in their field of view.

A conversation creates an “attention disengagement” lag, researchers found, which affects the driver’s ability to focus on the road ahead. The study was published online in the academic journal Psychonomic Bulletin and Review.

Researchers relied on computerized experiments that tracked the eye movements of test subjects while they were asked to answer true or false questions. Participants in the test took about twice as long to direct their eyes to a new object on the screen while answering the questions, compared to participants who weren’t asked any questions.

The experiments were designed to mimic a situation where a driver is having a conversation, either with someone on the phone or with a passenger, said Shaun Vecera, a professor in the University of Iowa Department of Psychological and Brain Sciences. Vecera was the research paper’s corresponding author.

The attention disengagement delay is about 40 milliseconds, or four-hundredths of a second. Though that doesn’t seem very long, the delay compounds. Each time the brain is distracted, the amount of time to disengage from one action and start another action gets longer, according to the study.

“It’s a snowball effect,” Vecera explained to Iowa Now, a website that focuses on University of Iowa news. “And that’s what contributes to the problem because eventually you’re oblivious to a lot that’s around you.”

When a driver is conversing with someone, his or her brain is taking in information, overlaying it with what’s already known, and then preparing to offer a thoughtful reply.

“Active listening delays the disengagement of attention, which must occur before attention can be moved to a new object or event,” Vecera said.

The study’s first author is Benjamin Lester, a University of Iowa graduate who majored in psychology. He is also a former post-doctoral research scholar at the university. The U.S. National Science Foundation and the Toyota Collaborative Safety Research Center funded the research.

In 2015, 3,477 people in the U.S. were killed and 391,000 were injured in motor vehicle crashes involving distracted drivers, according to the National Highway Traffic Safety Administration.